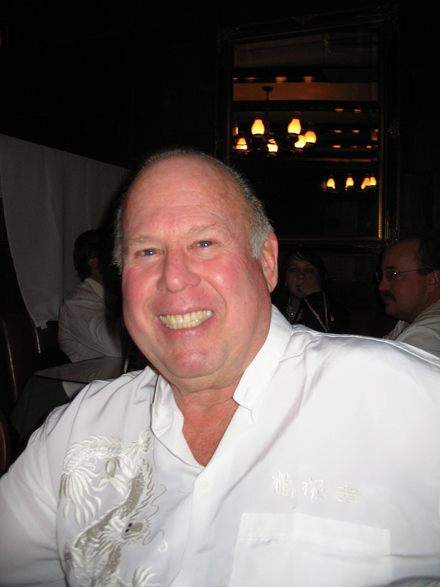 Both Stephen and his brother Richard have been members of the Guild since the early 60s. Stephen’s education began by going to work with his father. He studied at Chouinard Art Institute and the University of Southern California.

Stephen is best known for his work in theme parks around the world and on films such as The Sunshine Boys, Basic Instinct and Robin Hood: Men in Tights Berger’s illustrious career spans five decades and has earned him international acclaim.

Stephen’s artistic abilities have traversed television, film and theme parks for the last half century. Those who have had the chance to work with him enjoy his energy, enthusiasm and skill. Stephen is known for his remarkable speed in turning out the drawings for construction and being a team player who is always willing to give back to the community. He is an excellent storyteller of the years growing up on sets throughout Los Angeles.

His list of television credits reads like the history of the entertainment industry over the past 50 years, including Scandal, Malcolm in the Middle, Desperate Housewives, Wonder Woman. MacGyver, Hawaii Five-O, CHIPS, Spiderman, China Beach and Serpico. His numerous film credits include The Way We Were, For Pete’s Sake, The New Adventures of Pippi Longstocking, Silent Movie, Missouri Breaks, The Master Gunfighter, The Bad News Bears in Breaking Training, Basic Instinct, The Sunshine Boys and Robin Hood – Men in Tights.

Stephen has five children, Robert, Gary, Romi, Kristine and Myles. He lives in Pacific Palisades with his wife Tomoko and Myles.