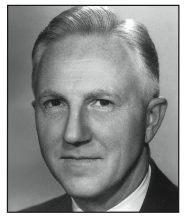 Edgar Preston Ames was born in San Mateo, California, studied architecture in France in the early 1930s, and worked briefly for the architect Arthur Brown, Jr. in San Francisco. By 1936, in the depth of the Depression, there was very little construction or architecture taking place and, like many of his contemporaries, Ames sought employment in Hollywood. Cedric Gibbons, the supervising art director at MGM, was impressed with his architectural drawings and immediately hired the brilliant young designer. Among the many films that enjoyed his talents as a draftsman was The Wizard of Oz (1939). Shortly thereafter he was promoted to unit art director.

For much of his early career, Ames worked on a wide range of mostly B-movies, often without screen credit, but he slowly developed an individual style and by the late 1940s he was beginning to get more important assignments, especially in the new field of color filmmaking. His most notable successes in Hollywood took place during MGM’s second golden era of musicals, and his greatest work was often produced while working with director Vincente Minnelli. Their portfolio together includes such titles as An American in Paris (1951), The Band Wagon (1953), Brigadoon (1954), Kismet (1955), Lust for Life (1956), Designing Woman (1957), and Gigi (1958).

Minnelli, a former theatrical designer, was a highly visual director and a bit of a creative maverick with a great concern for detail. Working with him was an art director’s dream, and Ames made the best of it time and again. An American in Paris was his first film with Minnelli, and somewhat appropriate since Ames had studied architecture in Paris and the film was about an American painter living in France. The movie is a Hollywood fantasy of Paris life, wildly colorful, with every set carefully constructed for the Gene Kelly-Leslie Caron dance numbers. One Folies Bergère-type number, “I’ll Climb a Stairway to Paradise,” had a long pink staircase with each stair electrically lit at the tap of the dancer’s foot, an homage to Ames’s supervisor Cedric Gibbons and MGM’s good old days. What made his designs on this film unique was the use of late 19th-century French art as the basis of the sets. It was not just the style and colors of painters such as Henri Rousseau, Toulouse-Lautrec and Raoul Dufy that were used. The sets were unashamedly two-dimensional, in a medium that typically tries to achieve the illusion of a third.

Minnelli and Ames tried a similar approach when filming the Van Gogh biography Lust for Life. This time color played an even greater role. As Van Gogh’s madness grew, the colors of the film became as intense as the colors in his paintings.

Ames worked throughout his entire life, filling the gaps between feature films with the occasional television movie or series. He even became a master of the disaster-film genre with two pictures for Universal in the 1970s: the first Airport (1970) and Earthquake (1974). He died of a heart attack while working on the Warner Bros. television series remake of the studio’s Oscar winner, Casablanca. He had been nominated eight times for an Oscar, and won the award twice, for An American in Paris and Gigi. He was nominated posthumously for an Emmy for Casablanca. Ames was a superb and stylish designer, of many types of films, but because of his extraordinary achievements on the Minnelli musicals, he’ll be remembered forever.