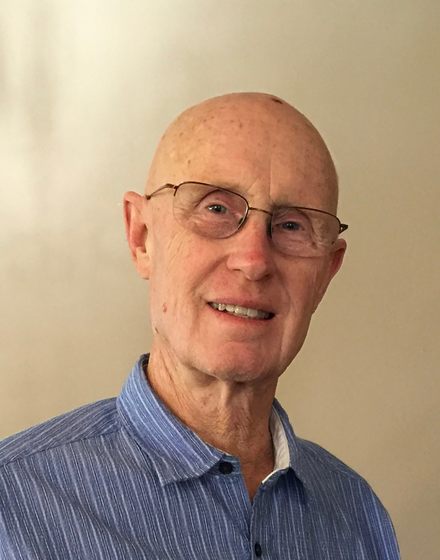 Bill Anderson was inspired to be an artist by his high school art teacher, Gerald Brommer. Anderson pursued his art education at Los Angeles Valley College and UCLA. Other mentors include John Coakley, Gordon Butcher, Clem Hall and Jim McCann.

Anderson started his career at J.C. Backings, painting backgrounds for 20th Century Fox. He went on to work as a scenic supervisor for Grosh Scenic Studios, while serving as President of IATSE Local 816 (Scenic, Title and Graphic Artists). Anderson freelanced as a scenic artist at Universal and MGM as well.

In 1979, Anderson became the Scenic Supervisor for Walt Disney Productions. He later formed Mural Makers, his family-run company that specializes in murals, theme and faux painting for theme parks which continues today. Most of Mural Makers work is for Walt Disney Theme Parks. Daughter Jenny Raney works as a scenic artist alongside her dad at Mural Makers.

To date, Anderson has worked with the Walt Disney Theme Parks worldwide for 35 years. If you visit Epcot Center, Tokyo Disneyland, Disneyland, Walt Disney World Studio Tour, Animal Kingdom, Euro Disneyland, Disney's California Adventure, you have seen his work. Mural Makers does a lot of backlight hand-painted attractions such as the ones in Fantasyland at Disneyland Anaheim.