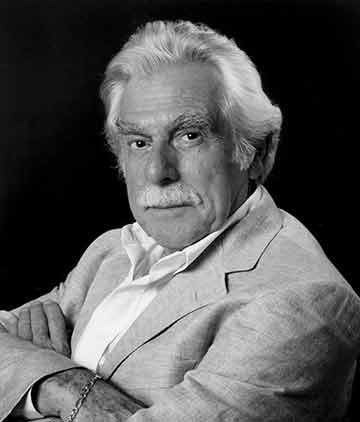 Veteran Production Designer Albert Brenner has served as Production Designer or Art Director on 57 films through four decades, has received five Academy Award® nominations and is now the recipient of the Art Directors Guild Lifetime Achievement Award. Mr. Brenner's Oscar nominations were for Beaches (1989), 2010: The Year We Make Contact (1984), California Suite (1978), The Turning Point (1977), and The Sunshine Boys (1975), and nearly half of his feature film credits are with directors he worked with numerous times.

Born and reared in Brooklyn, Brenner studied scenic design for the theatre and after graduation, worked in window display for major New York department stores. After serving as an Air Force Gunner during World War II, he attended Yale Drama School of Graduate Studies as a scenic design major. Following that he taught scenic design, costume design and technical theater at the University of Kansas City in Missouri before returning to New York. While designing for the stage, he also worked on live television for the CBS and ABC networks. Brenner was involved with many of the classic shows from the Golden Age of Television. He worked on Car 54, Where Are You? and The Phil Silvers Show. After his experiences in theatre and television, Brenner segued into film as an assistant to two-time Oscar® winner Richard Sylbert, and worked with him on The Pawnbroker and with Production Designer Harry Horner on The Hustler, which won an Oscar® for Black-and-White Art Direction.

Brenner designed five films for Herbert Ross, including The Sunshine Boys, The Goodbye Girl, California Suite, I Ought to be in Pictures and The Turning Point. He designed more than five films for Garry Marshall including Frankie & Johnny, Princess Diaries II, Georgia Rule, Pretty Woman and Beaches. He also designed four features for Peter Hyams, including Capricorn One, Peeper, The Presidio and Running Scared. His collaboration with Sidney Lumet yielded Fail-Safe and The Morning After. He has also worked with Mel Brooks, Michael Crichton, Billy Crystal (for his directorial debut Mr. Saturday Night), Ron Howard, John Herzfeld and Robert Mulligan.

Albert Brenner's work as a Production Designer could be viewed as a cornucopia of motion picture styles and genres. He has designed many comedies in addition to The Sunshine Boys including Silent Movie; westerns Monte Walsh, The Legend of the Lone Ranger and Missouri Breaks; thrillers such as Coma, Bullitt, and Point Blank; sci-fi films Capricorn One and 2010: The Year We Make Contact; and dramas Scarecrow, The Morning After, Backdraft and many others.