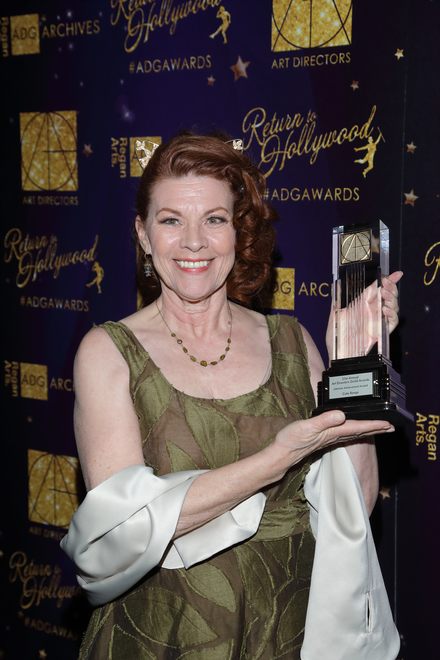 Cate Bangs trained at Pitzer College and began her professional life in theatre working in costume design, as well as set and lighting design. She was the resident costume designer at P.C.P.A. for two years. She completed 125 productions. Bangs continued her education at New York University, and Hammersmith College of Art and Building in London.

Bangs joined Local 847 in 1979, followed by Local 829 in 1983, and Local 876 (now Local 800) in 1985. She has had the opportunity to work with many wonderful production designers doing a myriad of projects in feature films, television series, and movies. Her credits range from Set Designer and Assistant Art Director to Art Director and Production Designer.

Bangs' television work includes Crime Story, My So-Called Life, Nothing Sacred (for which she received Emmy® and ADG Award nominations), Charmed, The 70’s, Desperate Housewives, and Private Practice to name a few.

Several feature films have benefited from the talents of Cate Bangs. She was hired multiple times by Barry Robison, Jackson De Govia, John Vallone and of course Henry Bumstead. Some of these feature films include Midnight in the Garden of Good and Evil, Robin Hood: Men in Tights, Vacation, Brewster’s Millions, Volcano and many more. Bangs also works in architectural and interior design through her company Flying Pencil Design.

In additional to her day job, Cate also is an administrator and teacher for the contractual Junior Set Designer Training Program for Contract Services. This program preserves and promotes the standards of the industry. Cate created this program with Marjo Bernay.