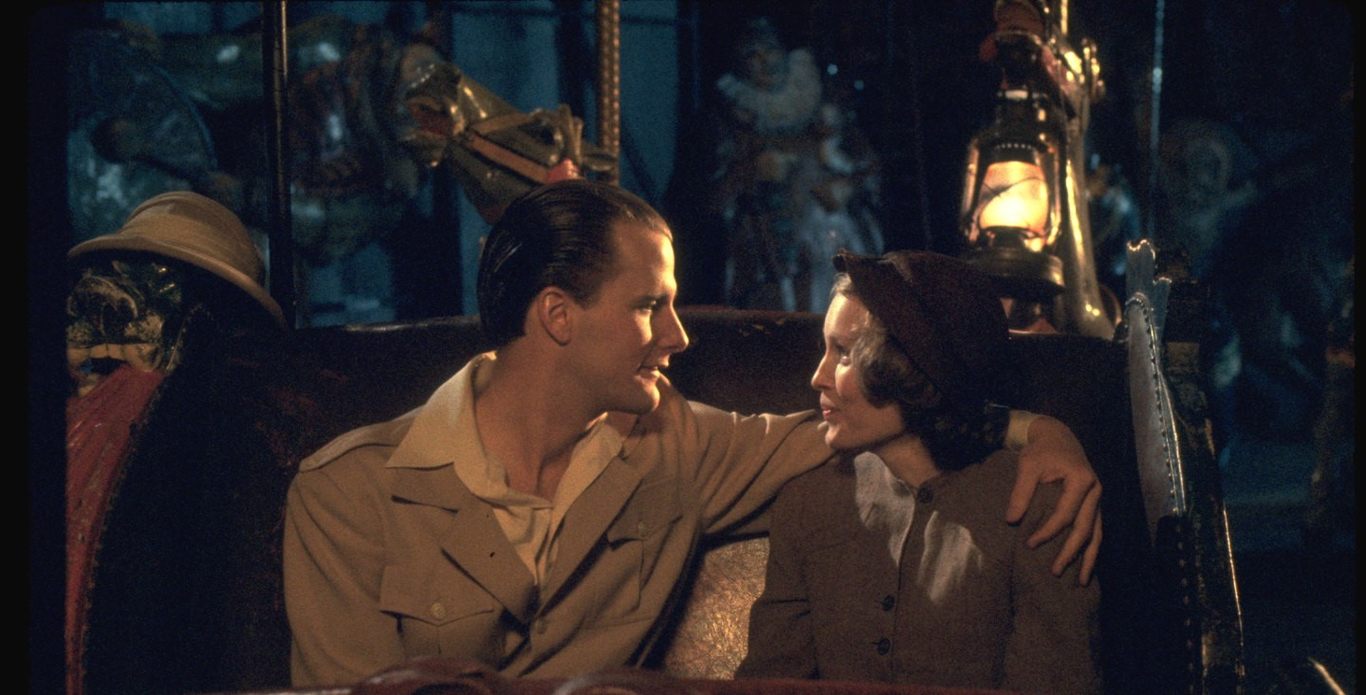 Production Designer STUART WURTZEL ADG created a valentine to classic Hollywood and the films of the depression era. The film’s movie-with-in-the-movie is an RKO-style screwball comedy set in a glittering Manhattan penthouse. The outer world of the film is set in New Jersey amid the dreams of a simple housewife, Mia Farrow, whose world is turned upside down when the hero of the film, Jeff Daniels, steps out of her neighborhood movie theater’s screen and into her real-life world. A beloved film by many, the expert blending of the film’s fiction and reality blur the lines between fantasy and romance in memorable ways. It’s “perfect-pitch” Production Design by a master of the New York school and a visual delight for all to behold.

Click through this gallery to see images from The Purple Rose of Cairo.

Aero Theatre
1328 Montana Ave., Santa Monica, CA 90403
Your session is about to expire and you will be logged out from the site.
Stay Logged In
Log Out