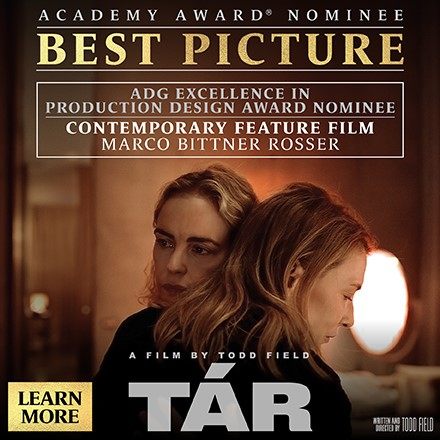 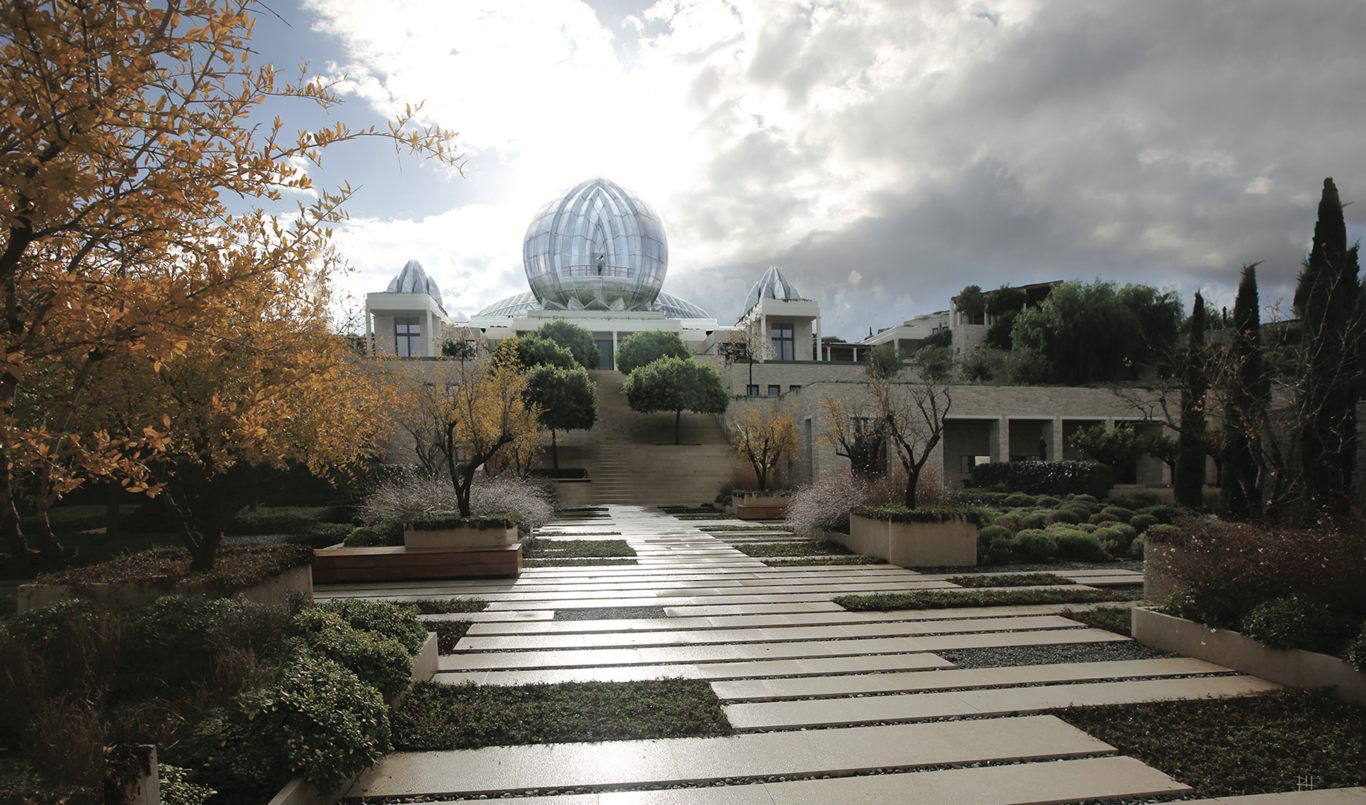 Perspective
A Metaphor for a Mystery GLASS ONION 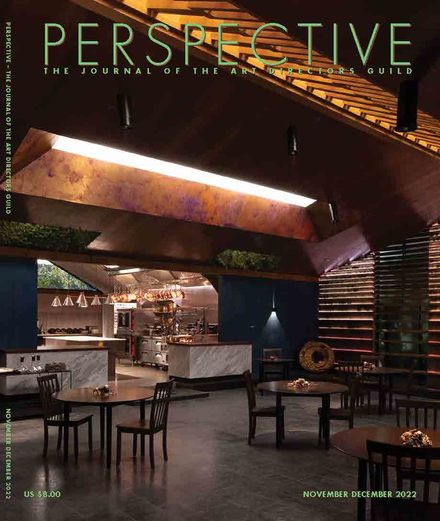 Above Image: EARLY CONCEPT ILLUSTRATION OF THE GLASS ONION ON THE GREEK VILLA LOCATION BY RICK HEINRICHS IN PHOTOSHOP. LOCATION PHOTO BY LEOPOLD HUGHES.

An indecipherable puzzle does not exist. By definition, it is meant to be “puzzled out.” Digging into a mystery in order to get to the bottom of factual truth beneath layers of duplicity, deception and even self-deception, however, requires the exceptionally observant skills of an accomplished student of human nature. And an appreciation for, to repurpose the Winston Churchill quote, the “riddle wrapped in a mystery inside an enigma.” By contrast, a glass onion may be densely layered, but it’s also transparent. How could there be mystery to a glass onion?

Oh, but there could be—particularly when what you see both is and isn’t what you get! In the hands of a brilliant writer like Rian Johnson, the mystery at the heart of Glass Onion is right in front of you if you can but see it, though it’s not the one you suspect. And, while Benoit Blanc quickly dispenses with the early puzzles thrown his way, this mystery is what ultimately consumes the film’s hero.

Rian has written and directed a film story filled with intrigue and satire, character color and texture, direction and misdirection—a good mystery writer is like a magician focusing the audience’s fascinated attention on one hand while the other is quietly busy with the real work. Glass Onion: A Knives Out Mystery was magical to explore with Rian and his collaborators. In alignment with the story’s multi-faceted, multi-layered narrative structure incorporating reconstructions, reincarnations and revelations, the sets and locations, even the props themselves had to have an equally progressive series of reveals, all to serve up character clues and deliver plausible suspects.

An absorbing design challenge for this project was the creation of the invitation puzzle box that serves to introduce the cast of characters within the context of their separate COVID-reduced circumstances and to build anticipation for their eventual rendezvous at the island paradise of their fabulously wealthy friend and co-disruptor, Miles Bron—the one among them all who succeeded beyond all reason.

Rian’s direction for the puzzle box was fairly explicit: It was to be the size of 3-4 stacked medium pizza boxes, screens had to successively reveal the games, and the puzzle of each game was described. Nevertheless, there was a great deal of design leeway in the actual execution of the games, and in the action of the box opening and game reveal. The research had the Art Department exploring Fibonacci curves, periodic tables and the “Magic Eye” 3D optical illusion. With the design and animation aid of the talented artist Kim Frederiksen, and many conceptual iterations of the look and action of the opening, we arrived at a fully fleshed out preview and design of the puzzle box that could then be broken down into its practical parts by propmaster Kris Peck and his team.

Miles’ Isle, my name for our fictional island estate in the Ionian Sea, had to be eye-catching in its silhouette when seen from afar—it also had to
be a location that would provide the film with a sense of architectural splendor and luxury. The unrealistic wish was to find an island estate filling the aesthetic requirements, the billionaire owner(s) of which would enthusiastically welcome the crew to shoot there. We were lucky enough to find a villa owned by a game couple in the hills of the Peloponnesian peninsula that was part of a hotel there, but separate enough to have its own singular personality. The fact then that the island estate would be a digital construction built on a landlocked villa was a happy outcome since we would be able to optimize the environment to suit our location brief. The villa’s sleek modernist take on classical Greek architecture with the dramatic outdoor stairway and compositional hierarchy designed by the accomplished architect Edward Tuttle was a perfect base for what we intended Miles’ character to have built.

To my mind, the Glass Onion itself was the most transparent of all metaphors, intended by Rian to propose a corollary to the “Locked Room” quandary of many mystery stories: how can anything be hidden in plain sight? And incidentally, what sort of pompous, self-congratulating ass builds such a monument to his own ego? The Glass Onion was really an expensive office built for a very wealthy dilettante, which is already some kind of an oxymoron—how does one put that irony across? It needed to walk a fine line between brilliant and risible. I gently peeled apart a real onion to study its layered structure and came up with a design to crown the property with, wanting to assure myself that it would feel intentional and coherent to the original villa. It felt right.

Supervising Art Director Andrew Bennett in London and then Belgrade, oversaw the creation of a 3D model from my drawing and concept artist Rodolfo Damaggio began to incorporate the model within the context of the Villa. Rodolfo further helped me explore finishes and set dressing concepts within it which inspired Elli Griff, the set decorator, to bring her talents to bear fleshing out the concept.

In keeping with the steel and glass aesthetic of the Onion, the Miles’ Atrium was designed to integrate the indoors with the out, and to display his exquisite collection of Important and Subversive Work by Famous Artists, in its temperature and UV-controlled environment. Again, Rodolfo brought my sketch into the 3D world, beautifully texturing and lighting it, and Set Designer Shari Ratliff broke the design down into its buildable parts.

Tapping into Miles’ exploitive penchant for appropriation, I placed an awkwardly restored fragment of ancient Greek architecture with columns, fresco and tile mosaic inside the Atrium that Miles could use for his dining area, much as one might see a ruin reconstructed at the museum. Rian thought it appropriate to Miles’ “wannabe subversive” character that he would have had an artist paint a depiction of Kanye West over the figure of the Greek god in the center of the fresco.

An important sub-text of the film, perhaps more the uber- text, is the phenomenon of disruption to describe the brave new frontiers of the wired business and social world, and the basic irony of those who exploit the new technologies and supposed democracy of connectivity and smart-everything to self-apply genius/disruptor status. Beneath Miles Bron’s hipster coolbro exterior hums the white noise of entitlement and greed—and not much else.

Nothing becomes a billionaire like conspicuous consumption, and there’s nothing as conspicuously consumptive as fine art, particularly when it’s clearly displayed to promote the aesthetic bona fides and purchasing prowess of its owner/patron. It was always clear to me that Miles’ intent with his art collection was that it confers upon him the most brilliant artistic taste that money could buy. It is hardly surprising then that the work of some of the 20th-century’s most renowned artists hang cheek by jowl with the Mona Lisa (on special COVID-era loan from The Louvre). The Art Department spent time carefully recreating physical paintings of important artworks we cleared, as well as working with concept artist James Carson to create original paintings “in the style of.”

Meanwhile, Los Angeles Supervising Art Director John Dexter oversaw the production of the disruptor environs, from Connecticut governor to sweat shop fashionista to YouTube influencer to aerospace scientist to former business partner of Miles Bron. Finally, the production got to imagine a bit of where Blanc calls home—during the pandemic, it is apparently in his bathtub.

Miles’ collection of glass art was particularly challenging to produce—I sketched out forty different sculptural designs to be modeled and cast, and the crew set up a sculpt/clear resin- casting production line in our set dec/props warehouse in Belgrade to manufacture the art. It was an extremely hot summer in Eastern Europe, as it was in Greece and elsewhere, and perhaps that contributed to the catastrophic circumstances setting our warehouse afire as we were in the middle of production on all of our props and dressing. The glass art production was destroyed, and we had to instantly pivot to a new prop/set decoration location and means of production with the shooting company returning from the location and breathing down our necks.

Dire circumstances can, at times, create unforeseen opportunities. The production had previously located a glass art factory in the Czech Republic (in a region near Prague known for its glass art production), but had not gone down that road, worried about creating “one-off” artwork when multiple takes were required by the script. Faced with a “none-off” situation though, we dispatched John Dexter to Prague to take over one of those factories for several weeks to build our glass art inventory. The unique photographic qualities of real glass were far superior to the cast resin we had been using, and we felt enormous relief at staying on schedule.

At the start of the show, in my own COVID- reduced circumstances in the States, I worried about the unknowns of basing the production in Serbia, and sought to supplement our construction needs for Miles’ Glass Onion office through familiar contacts in the UK, a tricky build that was then disassembled and trucked to Belgrade to be reconstituted on stage. Nevertheless, it was a relief to discover there are very talented artists and technicians in Serbia, hardworking and generous, and ultimately we felt well supported by the energy and discipline of the locally based Art Department, supervised by the outstanding Art Director Dragan Kaplarevic, and the rest of the construction, set decoration and props departments. ADG