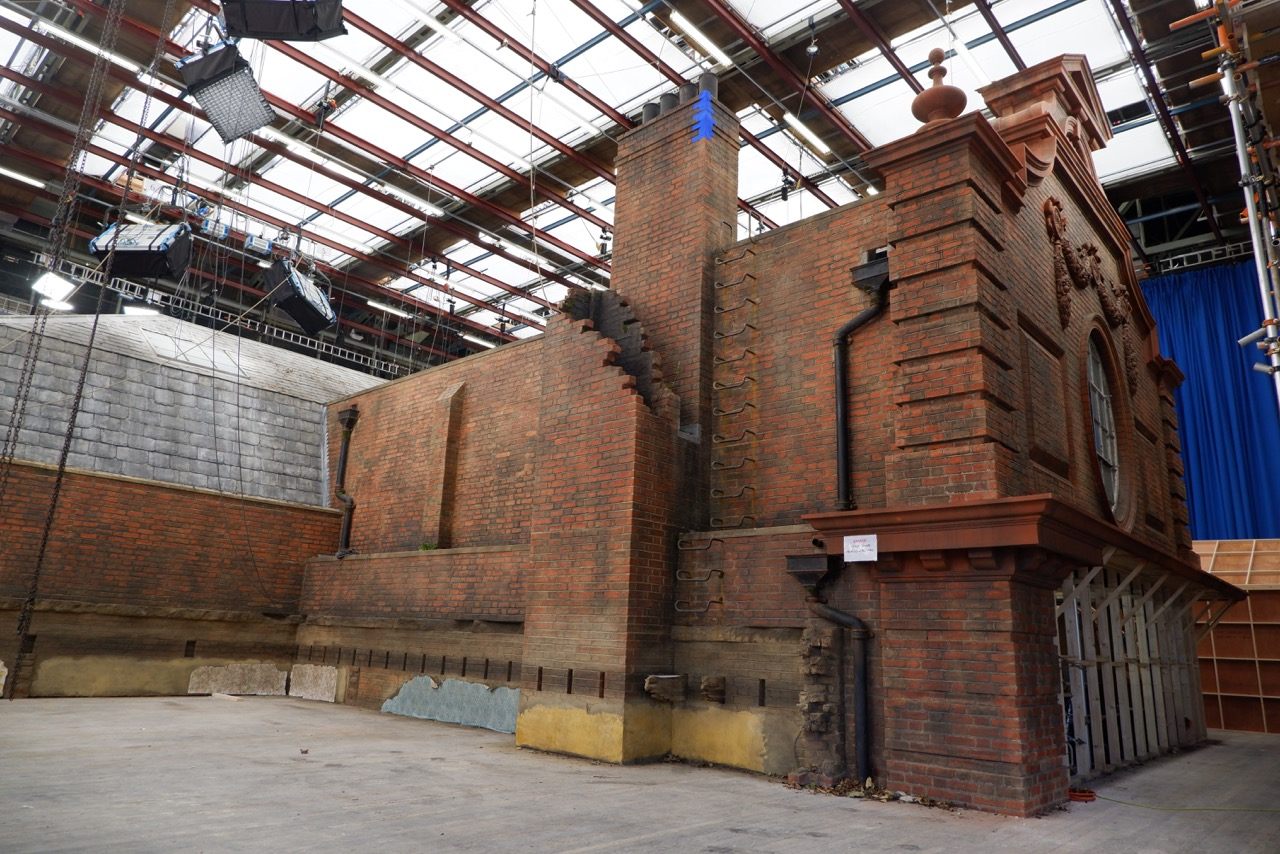 Perspective
A 70s Culture Clash THE DESIGN OF CRUELLA 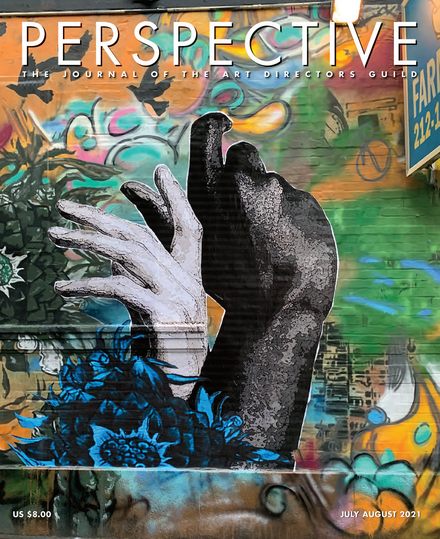 It was January of 2019 and I was sitting in an office in LA, interviewing for Cruella. It was my third meeting for the project and all seemed to be going well. And then I was asked the question, “Will you be able to work at this scale?” I remember taking a pause. Would I? As I sat there it came to me, as long as I could hold on to my process...

The funny thing about my process was that it took answering the question in the office to realize I had one that I could identify. As a theatre trained designer, I had never worked in a film Art Department before becoming a Production Designer. I have no idea about the process of other designers. It may be the same as mine or very different. My immediate starting point is always a deep dive into referencing and research with visual reference artist Phil Clark. I credit the work that we do together for giving the visual structure to my films. It becomes the spine that holds up every idea. Cruella had us looking at archival photographs of London in the 1960s and 70s. London is my adopted home, so it was a great pleasure to investigate the changes to the city and to look at the way that such a dynamic time in history permeated the streets. Cruella is very much a film about attitude, and I could see it in the photographs of Notting Hill and Westbourne Grove. That attitude sat in stark contrast to the photographs of Knightsbridge and Kensington with the grand ballrooms and salons. I relished the photographs of empty blocks left for years after demolition sitting alongside grand houses that had been abandoned and run to ruin. These buildings looked like derelict doll houses with their exposed wallpapers and tiles. They were a perfect playground for three children finding their way in a vast city.

Through the collection of images I found the threads that I wanted to follow. Director Craig Gillespie wanted the film to be grounded in a reality, no matter how extreme the circumstances. There should be dirt underneath the fingernails. Cruella is about a culture clash. There had to be opposition in the worlds being created. Phil found an archive of 1950s photographs from
Dior. The details in those images provided the foundation for the look of the House of Baroness- an environment of intimidating elegance and precision. These sat in contrast to improvised living spaces, squats and the workshops of avant- garde designers. We looked at early Alexander McQueen and Vivienne Westwood. There was fun to be had in finding the contrasts as well as the similarities. After all, Cruella and the Baroness are essentially cut from the same cloth.

The set count on Cruella was the highest that I have tackled. The production’s (brilliant) set decorator Alice Felton counted 120 dressed sets. The film
is fast paced and energetic, bouncing from story beat to story beat. Once shooting moved out from Shepperton Studios and on to the streets
of London the crew was running all over the city prepping sets. The most hectic week had 20 sets being dressed, shot and struck. I was adamant from the beginning that each set had to have equal attention to detail. Some of those sets are seen for a matter of seconds, but they add texture and depth to the film. The logistics of who was where and when became crucial. The design team had to carefully plot hand-overs of sets. Assistant Set Decorators Emma Field-Rayner and Jo Graysmark would begin dressing the sets then move on. Alice and I would come in and finish. An important part of my dressing process is when I get to sweep the floor. I’ve had a few raised eyebrows from dressing teams over the years, but the importance of my sweeping ritual is twofold. I feel as though I am actively contributing to the preparation of the set (Which may or may not be the case given that I am not the best sweeper... ) and importantly it is also a chance for me to spend time contemplating the space, getting to know it and thinking about what it needs. I am at my best with a broom in my hand.

The production built sets on five stages and the backlot at Shepperton. Walking between the stages was excellent for my daily step count but I had never before been so stretched. The stage walks could take hours, particularly when I left my notebook or my phone on a set and had to circle back. I had to accept that I couldn’t be everywhere that I wanted to be, and I relied on the team around me. Again, the referencing and research was the crucial guide. The look of Cruella had been clearly mapped in those first few weeks so we all had a visual touchstone we could return to again and again.

Over those weeks I came to realize more and more that no matter how strong a process is or how wonderful the ideas, we are only as good as our collaborators. I am so grateful to every one of them for what they brought to Cruella - the florists, the sculptors, the greens team,the dressing team, prop makers, the vehicle department and more. I had the good fortune of having Martin Foley as Supervising Art Director with a team of wonderful, creative and calm artists working with me to design the sets. Tim Dutton, Kevin Timon-Hill and Hannah Weissler-Lees are just some of those who elevated my ideas and brought me constant inspiration. Dan Crandon was the construction manager and the brilliant Bruce Gallup the head scenic painter. He oversaw the hand dipping of 5000 pieces of ‘marble’ tile for Hellman Hall. Concept Artist Katren Wood was a revelation. She brought the sets to life and helped me resolve them while they were still sketches on a page. Action props buyer Lizzie Bravo found and created so many of the exquisite details that were layered throughout the sets. Muffin Green was the prop master and Lisa McDiarmid the tireless stand-by Art Director. What a bunch of gems. Every frame of Cruella is testament to their hard work and care.

Cruella was not just another step in my career but rather a vast, bounding leap. Hiring me was a leap of faith for the producers and the leap of faith then carried on down the line. The preproduction was short and it was a quick shoot. Throughout I stayed true to my initial impulse: Process is key. But, crucially, I also appreciated that so too are the people supporting the process. Without them I would never have made the sumptuous and playful world of Cruella. We had a ball (or three).