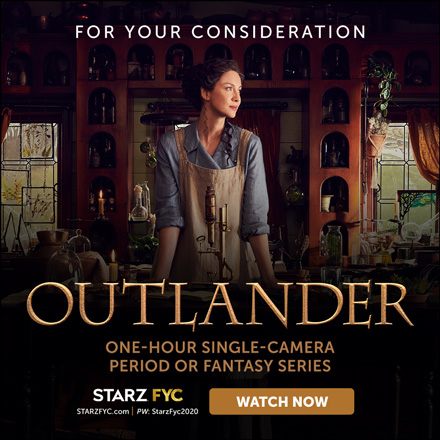 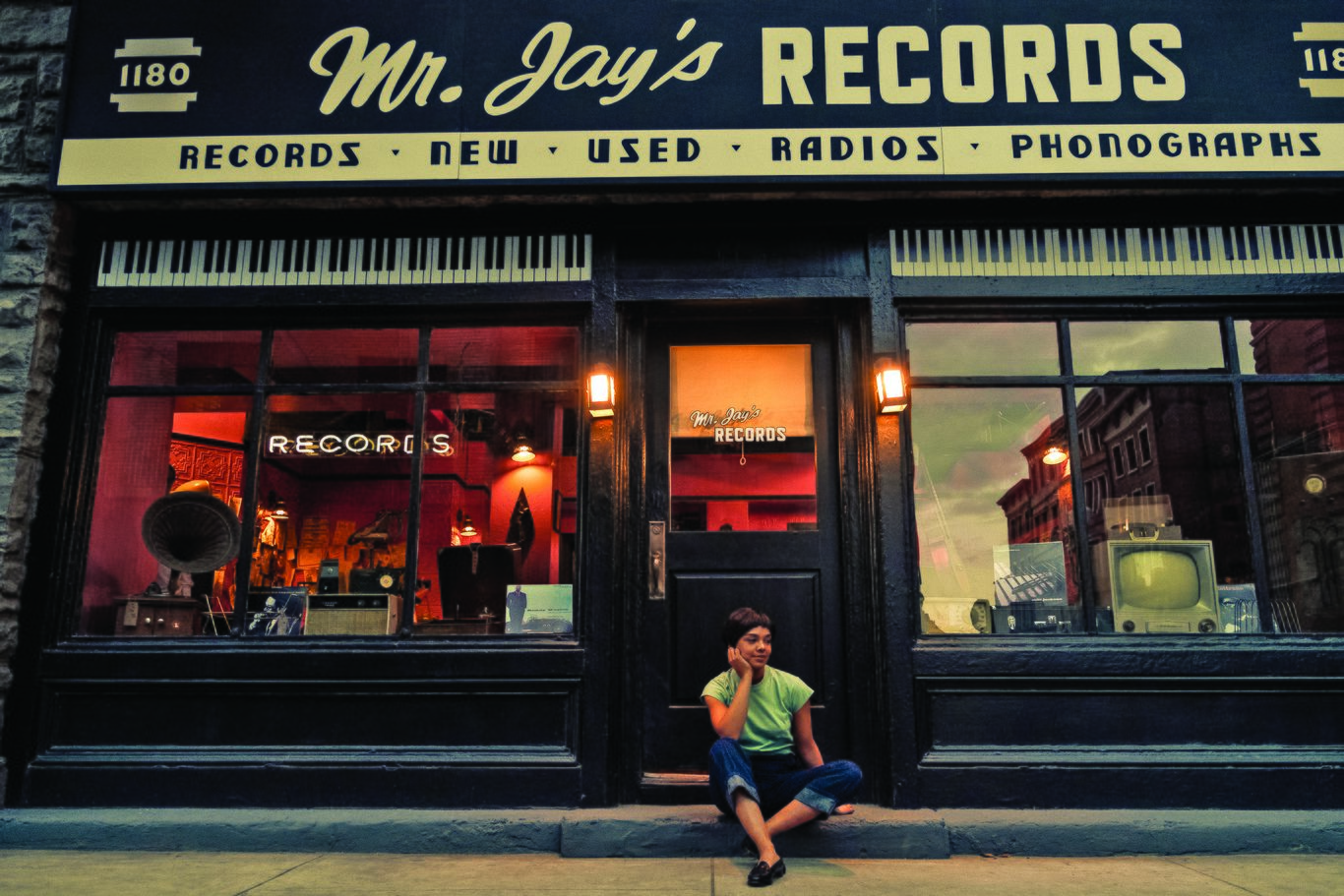 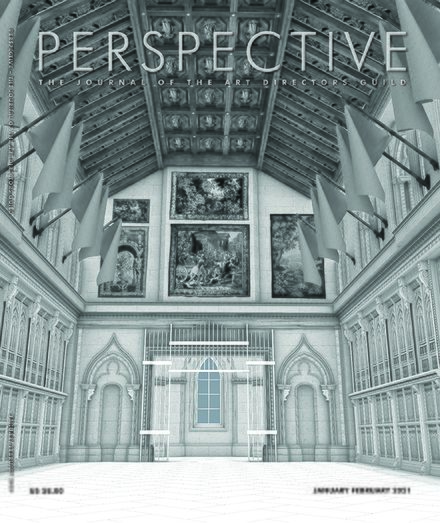 I got the call the day after Christmas. I’d never before been called for work between the holidays, so this film was already special. My good friend, the phenomenally talented location manager Stuart Neumann, had given my name to the producer and star, Nnamdi Asomugha, for the film Sylvie’s Love.

I suspected some designer had dropped out. That was not the case. They just wanted to move fast. By the end of the next day, I’d talked with director Eugene Ashe, shared my concept and the job was mine. Moving fast was to become one of the themes of this low-budget period piece.

Sylvie’s Love is a love story, set against the backdrop of the jazz world. The story takes place in 1957 and 1962 in Harlem and the Bronx, with a very small amount in Detroit at the end of the film.

My concept was to romanticize and contrast colors in a way that echoed the bold spontaneity of jazz. I consider myself a colorist first, so when the director of photography Declan Quinn asked me what I thought of shooting the film on 16mm, I was thrilled. The idea was director Eugene Ashe’s. Declan had shot Leaving Las Vegas on 16mm. I hadn’t worked in 16mm since NYU, though I knew if I punched up the chroma levels in my color choices at certain times during the story, it would make it very romantic, and simulate Technicolor.

We wanted the film to look like the MGM films of the fifties, including the use of backlots for New York, (Harlem and the Bronx). The Warner Bros. and Paramount backlots worked perfectly. Add a wet-down, nighttime, a couple dancing in the street to jazz and you have romance.

Another theme of the film, one that often accompanies moving fast, the production had very little money. Moving fast is the norm, so the lack of money was the largest challenge of this period piece.

The entire film was shot in Los Angeles for New York and Detroit. One set triggered a most challenging predicament. The rooftop of Sylvie’s Harlem brownstone. There were several tar-beach sunbathing scenes on the roof, as well as a night scene. Being low budget, VFX for all the scenes was not possible.

Growing up in New York, I spent much time up on tar beach. These roofs are all black from tarpaper and hot mopping. All the roofs of downtown Los Angeles are silver or white. As the production started to scout, the real difficult part was what surrounded the roofs. There were palm trees everywhere we scouted.

We looked at a dozen or so roofs and right when I started to think this was a “Roof Too Far,” we scouted a roof in Koreatown, just south of Wilshire Boulevard. It didn’t work., but from this roof we spotted a building three blocks to the south that looked good. After riding the tiny elevator to the 5th floor and climbing two flights of stairs to this roof, we were ecstatic, no palm trees. It worked!

There were brick buildings on the east and south and I knew we could get Declan and Eugene on board because the view south was the best (backlight). Although the south side was not the real street side, there was a parking lot between this building and the one to the south, giving the illusion of a street.

The existing parapets were all wrong, and Art Director Zack Gonchor, working with Set Designer Adam Mull, did an outstanding job getting the parapets designed and drawn up. During their location survey, it was determined we could use available fiberglass parapet caps on the existing parapets. On our street side, we designed those big slopped parapets that accompany a brownstone cornice and corbels.

As hard as this location was to find, it proved even harder to load into. The production had been warned the elevator was sensitive, what we didn’t know was how many times it was going to break. An easy set to design turned very challenging to install, and a two-day load-in, ended up taking seven. Consequently, the set ended up costing three times more in labor than what was budgeted.

Now the Art Department was way over budget on the very first set. Key words, first set. The roof was the first day of shooting and the first set we spent money on. We had a shot at making up the overage if we were smart about the remaining sets. In theory, it seemed like a good plan. As long as it didn’t hurt the look.

The construction budget was so low that I couldn’t get a construction coordinator and went with a union scene shop. The built sets were to be shot last and this would allow for the most time to refine designs and back into the remaining money. Help came from the DP Declan, who was a real team player! Almost every time I told Declan I couldn’t afford to let him see some facet of a location, he found a way to avoid it. So much of what one does on a low-budget period film is find locations with loads of production value, and then edit out the contemporary elements and enhance the period elements.

The famous Fais Do-Do was used as the nightclub, Blue Morocco. Obliviously, I wanted the club to have a blue theme. Problem was, the Fais Do-Do is all based on red. Walls, drapes, everywhere red. Now if the roof had not gone way over budget, there would have been funds to paint the walls blue. The solution was to change out the red drapes, and the amazingly talented decorator Kelley Pearce found gorgeous blue ones. The film couldn’t have achieved any modicum of success were it not for Kelley’s keen eye for period and style in her decorations, her taste and resourcefulness.

The only place the DP Declan used colored light was in this club. His use of blue light made the curtains pop and the red walls were a wonderful purplish contrast. This set was the second location savings and the look wasn’t compromised at all. It was lush, smokey and romantic. Just like the jazz filling the air.

The Orpheum Theatre was used as the Town Hall. It was determined on the scout that the two scenes could be shot out front, under the marquee.

Everything under the marquee was repainted and two period poster boxes were added. Here was a place where the director and DP helped me save money. Initially, we were going to use the theatre on the Warner lot and it would have cost the Art Department considerably more. The Orpheum also has gorgeous brass doors, a condition that doesn’t exist at Warner.

Sylvie meets the love of her life while working in her father’s record store. I wanted to completely wash the interior in a very romantic orange with glossy black trim, and I wanted the exterior to be black and white. It was the gifted Graphic Artist Christina Myal that designed the piano key motif above the front windows. Graphics on a period piece are a texture that finishes it all off, like accent beats in music.

The same is true for the texture of props, and the record store was a place where props and graphics had to work together on the records in the bins. I was very fortunate to have Steve Rick as the property master. He is a period expert, resourceful and was able to make great deals because of his relationships.

The record store was on the Paramount backlot. The crew had to completely modify the interior. This was the beginning of the built sets. The Art Department had saved enough money on all the locations to build all we needed, and so we packed one sound stage with six sets that shot at the very end of the schedule.

The sets on stage were a Plaza Hotel room with 14-foot-tall walls to allow lots of low angels and not build a ceiling. No one missed the ceiling. Particularly lighting. There were two dressing rooms, a larger one and a smaller one. There was the basement of the record store, with a scene on the stairs. Windows were appropriately placed along the stairs, to provide key lighting. I started out as a theatrical lighting designer and I’m always trying to give a DP what I know they need, great backlight. The last two built sets were my favorites. These were the two kitchens for the cooking show that Sylvie works on.

For the 1957 kitchen, I did a bright canary yellow with no trim and the 1962 kitchen, I went with a bold swathe of turquoise and a dash of white on the knobs. Both kitchens had matching islands and were so antiseptically clean looking, a housewife watching could never achieve this. The other built sets and some old drops were positioned around the kitchens, to look like other sets for the TV station.

In the end, when doing period on a shoestring, one must pick a location by how much production value it gives the film. Then there’s due diligence on the cost of the designs, building only what is absolutely necessary. And for the sets that are built, the Art Director needs to stay on top of that building and makes sure questions are answered immediately. Having done all that well enabled the Sylvie Art Department to absorb two additional sets thrown at us just before the film was finished—this happens all the time.

We designed a tiny recording studio that is supposed to be at Hitsville USA. The other last-minute set was comical. We needed to reshoot a daytime close-up on the roof. That’s right, the roof. Here’s the funniest part, it was done on the day the production shot at Venice Beach. Tar beach at the beach. Locations got space in the parking lot alongside the beach for this “roof shoot.” Once again, the low-budget angels were watching over. The scene shop had saved the parapet sections. I only needed twenty-four running feet.

On the morning the parapets were set up, tarpapered and painted, the FilmLA site rep told the crew we weren’t permitted to shoot in the parking lot, just the beach. So we moved tar beach onto the actual beach.

We couldn’t have functioned so efficiently on the budget we had, without the remarkable Art Department coordinator, Hsanni “T” Henry, the glue that held us all together. Again, thanks T!

A period film on this budget couldn’t be done without an a team firing on all cylinders, and enormous support from the producers, Nnamdi Asomugha, John T. Baker, Gabrielle Glore, Matt Thurm and Bobbi Sue Luther.

I recently spoke with one of these producers who said the film really looks amazing. Beautiful colors that enhance the romance of the story. They said during the making, they never heard of any problems or complaints from the Art Department. They also said it was truly remarkable we didn’t go over budget. It’s not enough to make it look good, it’s also about being able to come in on budget. ADG